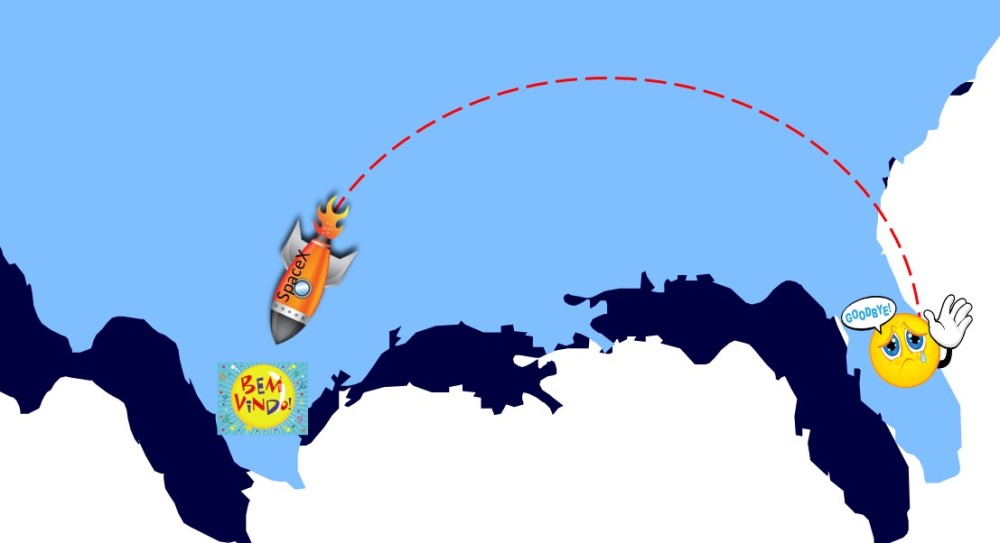 Edward Ellegood wrote a very good post on The Space Review yesterday about why SpaceX is moving launch operations to Texas.  Back in August, I also posted some conjecture about SpaceX’s reasons for moving launch operations to Texas.  But Ellegood goes into a bit more detail than I did, so it might be a worthwhile read for those of you wondering why on Earth anyone would move to Texas.

For the most part, some portions of Ellegood’s list falls in line with mine.  The government loves to help, at the expense of any sort of efficiency, and that sort of thing must really chafe at SpaceX’s purported “g0-go” culture.  In fact, the government hires a lot of people in its endeavor to help, which slows things down even more, while making things more expensive.  Ellegood brings up these problems under the titles “Too many cooks” and “Mission Assurance Support.”

He does list a couple of issues I didn’t bring up (probably because I was too close to the problem).  The range scheduling issue is something I’ve had to deal with in the USAF and the Missile Defense Agency.  Of course people are fighting for time to launch their rockets and satellites.  Of course people have to talk in long meetings and figure out a shared schedule when to launch.  It seems ever present, so much so, I never gave it much thought.  It would make sense then, on that issue alone, for SpaceX to buy their own launch complex, which they can use whenever they want, barring any external conflicts.  This would be helpful to SpaceX since they seem to be running behind on certain launch obligations (mentioned near middle of this post).

The other bit I’ve dealt with, questioned a few times, but never really could change was the technology gap of the government (Ellegood lists this issue under “Range Technology”).  Government civilians and military want to get their money’s worth out of whatever technology they’ve invested in.  So it makes sense to keep the technology they’ve bought for a good long time, upgrading, grudgingly only when the expertise disappears, or parts aren’t available anymore (there’s a reason for the “Good enough for government-work” truism).  This becomes a problem, though, if the investments in the launch tracking equipment stops or trickles in, and there’s no way to maintain updated equipment, or have stand-by equipment on hand.  It can get bad enough for “work-arounds” to be developed to accommodate the equipment limitations.  And those limitations can affect launch schedule and are unable to cope with multiple events happening at the same time.  Maybe it’s time for the government to treat their technology like the public treats laptops and phones? If only the equipment were as cheap.

An issue Ellegood lists that I never even gave any thought to was the visitor aspect.  When I’m trying to get a mission done, visitors are the last thing on my mind.  I’m sure the people within NASA and the DoD who are trying to get their work done are in the same frame of mind.  Visitors are what public affairs get to deal with.  But that said, I do understand what Ellegood’s getting at, and it may be a very good reason in this instance, for the move.  The DoD and NASA are trying to protect US assets and knowledge from people they think shouldn’t have them.  So they have processes in place to have people show up in a certain place at a certain time.  Which works if someone special is showing up from a relatively local area.  But if they’re flying in from Hong Kong or Johannesberg, such processes are less than convenient for those customers–especially if a launch is scrubbed.

So, Ellegood’s listing some very good reasons for SpaceX’s move to Texas.  However, I do think he’s a bit optimistic about the effect this will have on NASA, the DoD, etc.  I don’t know if it will impact NASA or the DoD the way he thinks it will.  An analysis to boost this opinion will be posted tomorrow.  But Ellegood’s post is still a good read with good reasons for why SpaceX is moving launch operations to Texas.

2 thoughts on “Five Reasons SpaceX Wants to Launch from Texas”