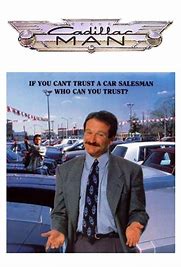 This site contains my opinions and ideas only, not the opinions or ideas of any organization I work for. It’s my idea playground, and I’m inviting you in. Welcome!

Which is worse? An advertised price many folks say can’t be true? Or an unavailable published price taxpayers are normally on the hook for?

The second question refers to the published prices SpaceX has on its website for launch services. The company makes it seem simple: $62 million starting for a Falcon 9 launch or $90 million for the new Falcon Heavy. It’s so simple, even people not following the industry can understand the pricing. And yet, there are many who say these prices can’t be true.

The third question refers to United Launch Alliance (ULA), a company that sits closer to the other end of that transparency spectrum for launch pricing. The company does have the “Rocketbuilder” site which seems as if it’s providing some insight. The site covers Lockheed Martin’s Atlas V rocket, but none of Boeing’s Delta line. And then ULA goes a bit car-sales technique on us, using the word “value” for a little obfuscation, with the price somehow diminishing as value is added. This situation is also unsatisfactory.

Why bring up both companies? They are great examples of one question the global rocket industry has attempted to obscure for a long time: how much does it cost to launch a rocket?

It’s a problem people following this industry have had to deal with for a while. Until SpaceX, launch costs have traditionally been guesses, wrapped in wikipedias, and veiled in press releases. Government launches in particular don’t highlight launch prices for reasons such as national security, contract secrecy, or maybe, perhaps, shame? Motivated people find examples of NASA/ULA contracts, like this one, listing launch services using the Delta IV Heavy. Why not just outright publish the pricing? Is it because it’s worse than we think? Would high prices get a government acquisitions SES in trouble? It certainly wouldn’t be because the prices are as low, or lower, than SpaceX’s offerings.

ULA and other U.S. companies aren’t the only ones keeping launch prices somewhat of a secret. Arianespace, China Great Wall, Japan, and India also keep prices in the shadows. Russia, does this too, except lately: the relatively new Glavkosmos launch service seems to list the price of Soyuz 2.1a/2.1b launches. Again, there is ambiguity. Is that 20-22 M supposed to be 20-22 million dollars? Ruples (not likely)?

Why talk about this? After all, if it weren’t for all these ambiguities, some of my work would be gone (and, honestly, I enjoy looking for this stuff).

It’s just to highlight the weirdness of people seeing a price that’s low, and saying it can’t be true. What’s weirder is the lack of unambiguous pricing data, period. How weird would it be if a car’s pricing depended on how far I intended to drive it? And how frustrating would it be if the pricing data would only be available after I started talking to the car salesperson, and only if I signed an agreement not to say how much said car would cost me?

Wouldn’t you rather have a baseline price for launches (the rocket Monroney) and then see all the add-ons itemized? Even then we would know that price is a fiction (you don’t pay full sticker, do you?)–but it puts us in the ballpark when we’re car-shopping.

Imagine a sticker with the base launch service pricing. Then imagine the add-ons. The equivalent of underbody rust protection, mission assurance=$40 million. Geosynchronous orbit=$20 million. Low Earth orbit would be a deal=$10 million.

Hey, maybe ULA is on to something…

However, these things are changing. Rocket Lab advertises its Electron launch service as $4.9 million. Of course there’s SpaceX with its prices. Glavkosmos may also be responding, if those numbers are indeed money values. This is also why ULA did put some of its inventory up with Rocketbuilder, “values” notwithstanding. A person can hope one day that all that needs to be done is to go online to a particular launch service provider, and just see the Monroney for its inventory. It won’t be CarMax, but it’s one small step.