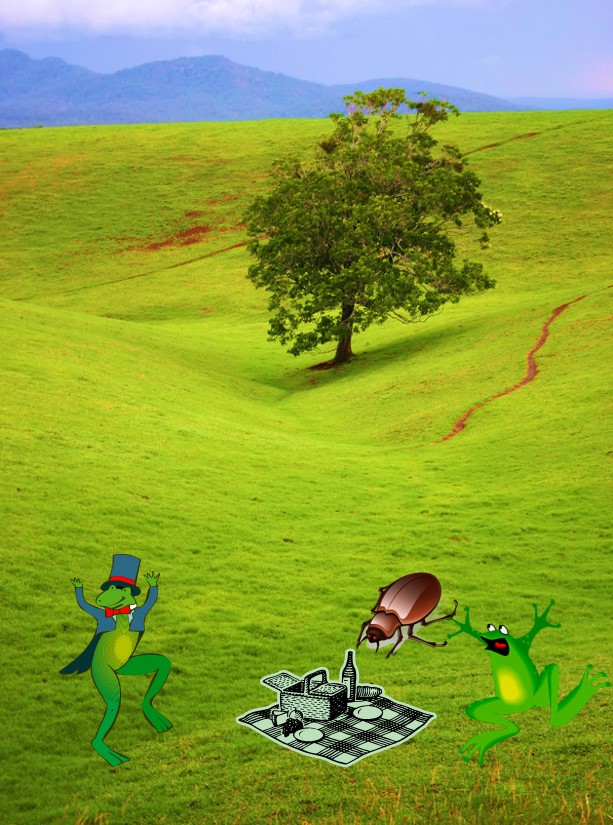 Green—a word associated with jungles, a description of newbies, in songs sung by muppets about the difficulties of being it, and songs sung by fictional spacefarers about the qualities of their homeworld.

Those spacefarers might be fictional, but for certain real space imagery operators, green describes a capability of a satellite payload.  Green is one of the colors, in this particular instance, in WorldView-2’s image sensor “quiver.”  WorldView-2, owned and operated by DigitalGlobe, is a satellite with a camera payload that can take pictures in 8 color bands—and green is one of the bands.

But first, let me fix something.  In my last lesson, I mentioned a few qualities about blue and its uses that just weren’t correct.  So please go back, if you want, and read the corrections.  Upshot:  I meant to write that blue is reflected by water (one of the reasons why water looks blue to our eyes).  I thought something was a little off after I posted.  And yes, this is obvious, but I hope I’ve corrected my mistake here (didn’t I say I was a communications major on my “about” page somewhere?).  However, blue is oftentimes used in combination with green for images and that’s where we get back on track.

Green, when used with blue for images, helps to show aquatic environments a bit better (I think they’re talking about seaweed and other such plants).  These two combined colors can also help classify certain qualities in the Earth’s atmosphere.  Such classification can be used to help limit the atmosphere’s distortion effects in WorldView-2’s other color bands (make the picture sharper).

Of course, what is green on the Earth’s surface?  Trees!  Grass!  So, green, used all by itself, can help show those and other kinds of vegetation as they reflect the color green to the satellite sensor.  Farm crops?  Yes—and depending on the crop, the greener it is as seen from a camera in space, (warning, oversimplified example) the healthier the crop might be.  When green is combined with the yellow band, DigitalGlobe also notes on page 2 of this document that they can determine the different types of plant material.  And, probably, they can compare earlier images to newer ones to see where areas are greener, and not so green.

This capability and technique might show where plants are thriving and growing.  But it can also give people a heads up to check out areas that aren’t so healthy.  It certainly does potentially show where bugs (like the pine beetle here in Colorado) are killing trees.  This page has “before and after” pictures showing the toll of those beetles’ activities.  Those pictures were taken with LandSat, another low earth orbiting (LEO) sun-synchronous imagery satellite.

Just think, a lot of these satellites have pixel sizes, when measured at the Earth’s surface, in meters (so 1 meter nearly equals three feet for US types).  And they’re able, using technology, algorithms developed by smart mathematicians, and experts, to figure out a problem area that potentially are the result of beetle activity in forests.  This 2004 paper from the USDA Forest Service is an interesting read on how satellites images have been studied, helped, and can continue to help with the pine beetle problem.

But that’s about all I have to write about green.  Put very simply, green shows plants, and other such green things, their health, and their numbers, in a nice picture.  “The cool, green hills of Earth.”

And yes, Robert Heinlein is one of my favorite authors.

One thought on “Why space matters: Imaging satellite operations, part 17—The Green Hills of Earth”