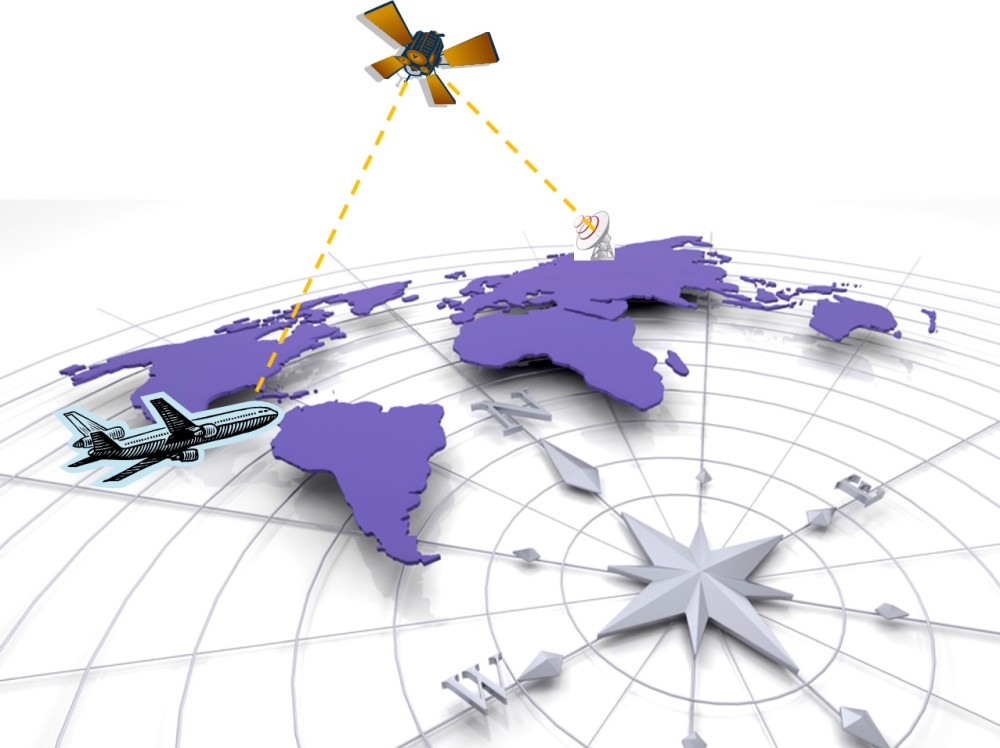 According to this GPS World post, Harris Corporation intends to make it easier to track aircraft around the world.  How?  Simple–by using GPS and Iridium NEXT satellites.  “Wait,” you might interject, “Don’t airplanes already use GPS?”  Well, yes they do, but this is why Iridium NEXT is important, too.

The point of GPS has almost always been for the receiver to know exactly where it is on the Earth’s surface.  So anyone who has a GPS receiver, and is in a location where they can receive a few GPS satellite signals, knows exactly what their coordinates are.  But GPS satellites were never really intended to receive signals back from receivers and then transfer it to the satellite ground station.  So for a while now, airplanes have been using ground-based communications networks to relay their GPS location.  But this depends on line of sight and the availability of land.

If there’s no land, there’s no way for an airplane, once it gets past a certain point, to be tracked through the ground communications network.  This is where Harris Corp. and partner Aireon, are stepping in with Iridium NEXT.  With 66 Low Earth Orbiting (LEO) Iridium satellites, pretty much the whole of Earth’s surface will be in view.  So a new kind of transmitter on the aircraft will shoot up to a new GPS signal receiver payload which will be in addition to the Iridium satellite’s regular payload.  The receiver relays the signal until it gets back to whichever aircraft control center needing information about where the aircraft is.  Pretty cool, eh?

In the post, Iridium satellites with the new GPS receiver payload won’t be launched until sometime in 2015.  If something like this were in play now, perhaps it would’ve helped with finding the Malaysian flight.

2 thoughts on “This is Why Space Matters: Aircraft Tracking”