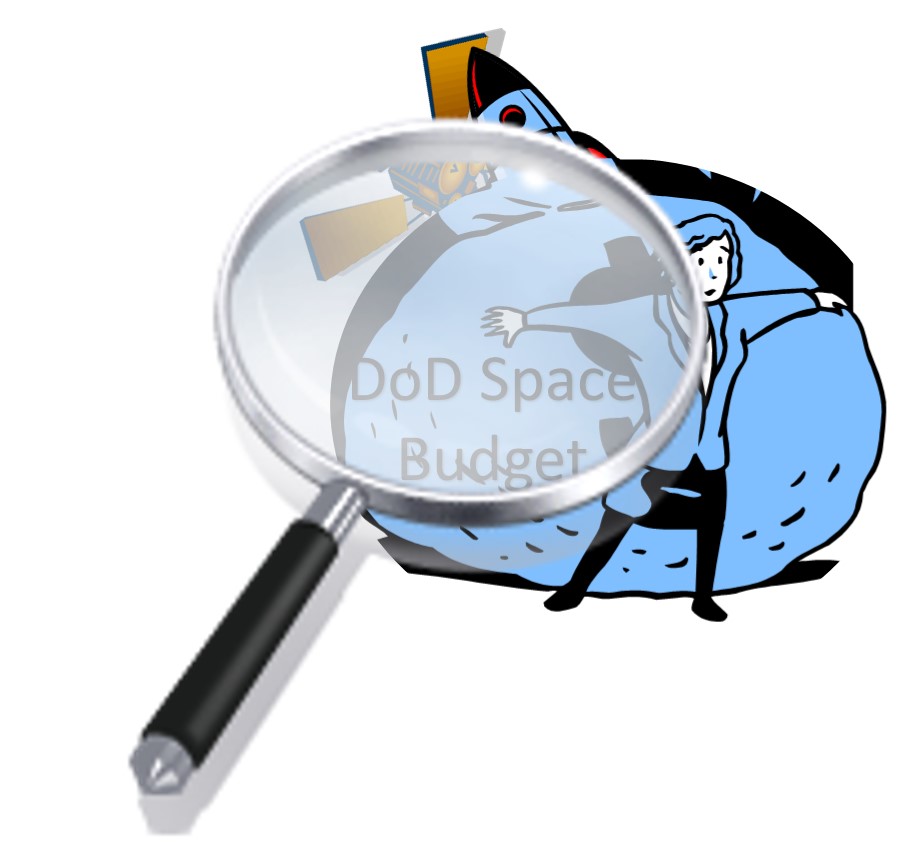 What you’re about to read are my opinions, based on experiences with government, both as the government military and as a contractor.  I am also taking the history of DoD space acquisitions, including relevant Government Accountability Office reports, into account to inform my opinion.  My contention is:  whatever the Department of Defense is saying they’re planning with military/intelligence space operations, they’re plan will not result in cost savings to the taxpayer.  Nor will it result in a more secure and robust military space constellation.  Are the opinions valid?  I think so, but read on if you’re interested and see if there’s a nugget in here for you.

By now, everyone following the space scene probably knows of SpaceX’s complaints against the Department of Defense regarding its current launch vehicle contract with the United Launch Alliance (ULA).  The contract, created and accepted by the USAF without putting it up for competition, is an agreement with ULA to supply rocket “cores” (first stage rocket booster bodies) for the Evolved Expendable Launch Vehicle (EELV).  Currently, the United States Air Force is happy with the ULA as its sole provider for a possible 36 cores which will likely be used in about 20 launches (heavier satellites require more booster cores during launch) until around fiscal year 2019.

Initially, the USAF opened another 14 launches to competition, so companies like SpaceX could put their Falcon 9 rocket up against the ULA and other competitors in attempts to win those launches.  The theory for this openness being competition would help drive down launch prices.  And they need to be driven down.  In the current USAF EELV contract, the ULA’s rocket cores are as high as $460 million per launch.

SpaceX say they can launch their rockets for as little as $50 million, but that if they went with USAF requirements, the price per launch might rise as high as $90 million–still a significant savings.   But then the USAF decided to cut the competitive launch slots from 14 to 7 or maybe even to just one.  Their primary reason for the cuts:  a decreased demand for new satellites.

The USAF cites the fact that satellites, like GPS, are lasting longer than the time-spans they were originally designed for.  That’s good news for the USAF and better news of the taxpayer, right?  Yes, unless competitive and cheaper rockets are important to you.  Now, consider this piece of information the DoD imparted to the good folks at Defensenews.com:  the DoD is putting MORE payloads on a single satellite because it currently costs so much to launch DoD satellites.  Sounds good on paper–almost as if the DoD is attempting to be a good custodian of the taxpayer’s funds.

Let’s examine what this little payload tidbit means.  Ignoring the fact that putting “all our eggs in one basket” is never really a good idea for a military organization assigned to defend the US against attack.  It’s also hard to reconcile the DoD’s ideas with Undersecretary Fanning’s concepts of disaggregation, diversity, proliferation, and distribution for “space system resiliency.”  Instead, let’s just look at the money.  DoD satellites already cost a lot of money (USAF General Shelton gives figures of $1.5 BILLION!) because the US government tends to change requirements (and those changes take time, which equals money), the USAF in particular is risk-averse and implementing mission assurance to a fault during rocket builds and launches (also taking time and money), and because the payloads are very specialized (sometimes one of a kind–requiring expensive people with very specialized knowledge).  But now, the DoD thinks it’s a great idea to put more payloads on a single satellite.

after All, Nasa does it…

“Now wait a minute!” you’re probably thinking, “NASA puts multiple payloads on their satellites all the time.  What’s the issue with the DoD doing this?”  You’re question is valid.  But there are some differences between NASA and the DoD.  The biggest difference is that NASA is a civilian space research organization.  The DoD is all about defending the nation.

What this means is that NASA will almost always be building “one-off” satellites.  Every area of research they decide to explore is likely an area that’s never been explored before.  So payload instrumentation must be tailored to their missions.  Sure, they try to use payload instrumentation invented for other spacecraft, but unique, expensive spacecraft is a result of their mandate.  It’s also one of the reasons why SpaceX’s Elon Musk is puzzled at the DoD’s reticence to use his Falcons.  If NASA is building these unique satellites and trusting SpaceX to get them safely into space, why won’t the DoD trust SpaceX?

The reason why the DoD doesn’t is also the difference between NASA and the DoD.  The DoD must be able to defend the nation and it must do so reliably.  In this case it wants a “reliable” (which currently means expensive) launch platform to get their already expensive satellites into orbit around the Earth.  At least this is the rationale the DoD is using for continuing with the ULA as sole partner in the EELV contract.  But will putting more payloads increase reliability and decrease expenses in the DoD?  What does adding more payloads mean, and who would own them?

Adding payloads means there are more “stakeholders” or customers that are involved in an already fairly long and drawn out process.  Who would these possibly be in the DoD?  Definitely the USAF, likely the Navy, perhaps the Army, and of course each service has their own intelligence service, so they might be involved, too.

The NOAA’s payload would be an infrared weather sensor.  Sirius/XM’s would be a radio receiver/transmitter.  And DigitalGlobe’s payload is a basic imagery sensor.  As you can see, every single payload is quite different, and each one has a very different mission.

The NOAA would be interested in aiming it’s infrared sensor at areas where the weather is doing something interesting–but because weather is weather, it’s difficult to know when and where to aim that sensor to catch those interesting events.  But Sirius/XM’s mission is simpler:  just aim their antennas at the Earth to receive and transmit expensive, digital radio Nirvana to the world.  But DigitalGlobe’s mission is more interesting:  get pictures of events and changes on the world’s surface wherever they can.

Think also of the payload power requirements.  Batteries need to be bigger, as do solar panels.  So the satellite becomes heavier.  Each payload not only has different power requirements, but then they typically have back-up systems in case the primary source “disappears.”  And what might happen if one payload suddenly experiences issues?  Do the other payloads have to stop operations while the one ailing payload is being tended to?  Especially if the troublesome payload needs more power than normal?

Just juggling how the different payloads would aim at places on the world they are interested in would be challenging.  And, oh by the way, the data each one is transmitting back to the Earth is very different from the other.  DigitalGlobe’s imagery data would need a lot of bandwidth to get the relevant information down to the ground station.  Sirius/XM maybe not as much.  And who knows how much bandwidth the NOAA payload would need.  But they would all be competing for time to download data and upload commands.

It’s not just integrating and coordinating the payloads on the satellite bus–it’s also figuring out the data and link sharing requirements of every single multipayload satellite.  Will there be one payload that takes priority over the others?  Does that mean that payload will always be the first to send and receive data?   What happens if one lesser priority payload is affecting the performance of the priority payload?  Does that get turned off then?  And all of those payloads may mean upgrading satellite ground stations and terminals to be able to cope with those varying requirements (and that, of course, means more money is needed).

So, instead of going with a “simple” and relatively inexpensive design of one satellite and one payload that could be possibly built on an assembly line, we have a very complicated, certainly unique satellite that can’t be built on an assembly line.  Which means it becomes definitely more expensive because of the time required to coordinate the different payload stakeholders.  There’s more expense because of the time required to design all the different payloads and their backup systems into the satellite (then coordinate that among the three, receive corrections, re-design, etc.), and then possibly re-designing and implementing a ground system (the government calls it ground architecture) that can cope with these new payloads.

The DoD says building this expensive, one-of-a-kind satellite with multiple payloads is supposed to save money.

Irony:  No stomach for risk in military

However, then Air Force Space Command’s General Shelton says the DoD needs to use expensive launch systems because they guarantee they can launch expensive and unique “National Security Space” satellites without going kablooey.  The thing is, launching satellites is kind of like the stock market:  past excellent performance doesn’t guarantee future continuance of that performance.

What if the expensive ULA booster cores blow up, in spite of all the time-consuming and expensive safeguards?  First there would be an investigation, which takes more time and money.  Then the USAF goes back to the drawing boards, and builds another really expensive satellite.  It also means the USAF would clamp down on themselves and the ULA during the whole build up, slowing things down because they don’t want the rocket to explode again (which equals more money).  There might possibly be new people in charge depending on investigation results.

Let’s say everything goes well, though, and this multipayload satellite is successfully launched.  Then the DoD would say, “Well, we need less satellites, because now we can accomplish a lot more missions with one satellite.”  So, using the USAF’s original logic for cutting down on the competitive EELV launch slots, they’d probably cut some more, because:  not enough new satellites are needed, so not so many launches are needed.

This would possibly mean, because it was the justification for ULA’s existence and price increases in the past, launches would cost more.  Because what would likely happen is the USAF would use the ULA’s rocket cores, but less of them, for the same amount of money they paid on this latest contract.  Which means the launches cost more.  And they’d probably have a few unused rocket cores that would eventually be placed on the “discount shelf.”

So, what the DoD and USAF are saying, versus what they are doing (and based their contract actions in the past), are at odds with each other.  And they certainly don’t seem to be on a path to decrease the prices of building and launching satellites.  Just because they’re saying the budget-friendly words, doesn’t mean they’re true.  Two other words–“shell game”–come to mind…