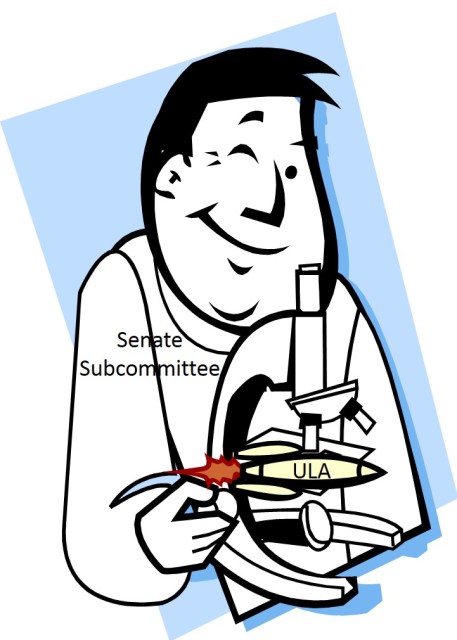 Here are two  little “love letters” from Senator McCain.  One is to the Secretary of the Air Force, the other to the Department of Defense Inspector General (DoD IG).  The gist of both is that he takes issue with the United States Air Force’s arguments for cutting down the number of available launches in the EELV contract (which might raise ULA launch prices more), asking how such an action is an aggressive pursuit of competition.  The senator wants to save taxpayers money, and it sounds like he believes open competition on the EELV contract would be a way to do so.

He cites three of the USAF’s arguments about why seven launches were removed from competition, saying a few of them are “specious:”  1) Decreased DoD demand for satellite replacements, 2) payload weight-growth, and 3) making sure the ULA gets its contractual due.

Senator McCain is asking the DoD IG to investigate the USAF’s claims, specifically to investigate their claims with the understanding that new developments, such as SpaceX’s seemingly reliable but short Falcon 9 launch record, might help keep taxpayer costs down for launch.  I’m hopeful other senators have sent similar probing questions–but maybe they’re letting McCain spearhead this.  It will be interesting to see how the USAF  Secretary responds, as well as the DoD IG.  Right now, the USAF justification is that DoD satellites are too precious and costly (which is another big DoD spending problem) to entrust with a new company like SpaceX.

Then perhaps the question that needs to be asked is:  what would it take for the DoD to accept not just SpaceX’s launch system, but any new launch system, as a viable competitive launch platform for their satellites?  I don’t know if acceptability requirements have even been established yet, and if they haven’t, then the USAF hasn’t complied with the direction given to them to “aggressively introduce a competitive procurement environment….”  It would behoove them to get all players, current and potential, together to figure that part out.  Maybe this is why Elon Musk has been badgering both the ULA and the USAF:  he wants to know what it would take to be involved, and no one is giving the answer.

In the meantime, SpaceX keeps moving ahead, not waiting.  Last week, SpaceX tested the vertical launch and safe landing of a Falcon 9 Reusable.  The F9R is using the latest stage one rocket body SpaceX has already used for a few launches now (the latest one on 18 April).  The video below represents SpaceX’s vision for all its rockets:  return safely to be reused the same or next day.  Less time equals less customer money spent on launching these potential reusable rockets.